Five Nights at Freddy’s Simulator also appears like that, but you can think of it as a diary to help you recall the development journey from part 1 to Freddy Fazbear’s Pizzeria Simulator.

If you have finally fallen in love with the horror game series, Five Nights at Freddy’s will be a choice not to be missed.

Born more than 7 years ago, the charm of Scott Cawthon’s brainchild has not diminished.

And that is also the inspiration for many FNAF fangames created to continue the interesting stories revolving around Freddy and his shadow friends.

As I analyzed above, if you are looking for something new then Five Nights at Freddy’s Simulator is not really for you.

It’s still going to be the same settings, the same time slots, and the “great” animatronics including Freddy, Bonnie, Foxy, Chica, or anyone you can name.

This seems boring, but it is a way for Obbii to develop more gameplay to bring new experiences.

Five Nights at Freddy’s Simulator is a compilation of all the main games that have been released before.

But the core of this game is that you will become animatronics. I can’t wait to experience it myself.

No more night shifts, no more moments when you have to hold your breath to protect yourself. Obbii gives players the feeling of causing panic and scaring the night watchmen.

You will experience all the villains. And of course their skills.

For example, Ennard can pretend to be like other characters when looking at them. Or Circus Baby has a ghostly voice that can be used to distract the night watchman.

You can attack in all directions: directly at the main door, through the vents, or simply lying there (waiting for the balloon boy to pass).

Your task is to scare but it is not easy at all because the nightguards are also extremely vigilant. And with the same operating mechanism as a player, you will be detected when you let them close the door, shine a light on your face or wear a mask…

Besides moving, you also need to fake some puzzles if you want to collect more Fazcoins – which are used to unlock the levels.

In addition, Five Nights at Freddy’s Simulator also recreates an extremely detailed background system to help players visualize every corner that may have been hidden in previous games.

At 2GB for the 64-bit version, I think this game deserves to be on your gaming device. What’s more, it’s completely free. The download link will be at the end of the article.

Those are the basic information about Five Nights at Freddy’s Simulator that I can give you. The rest of course depends on your level of exploration. Go ahead and scare the night watchmen to death! 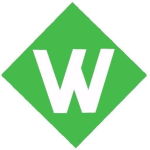